2014 Manufacturer of the Year

In the 1970s, glass manufacturing flourished in Western Pennsylvania, with some 50 plants in the Pittsburgh area to complement the equally robust steel and mining industries.

“I found I had a knack for problem-solving in the glass industry,” Kozora reminisced from his home in Florida, where he moved after retiring as Quantum’s chief executive officer in 2012. His son, Steven Kozora, now runs the Saxonburg-based business.

The proximity to so many glass plants worked to the company’s advantage in its formative years. But the landscape started to change, as more products were packaged in plastic bottles, aluminum cans and foil pouches, reducing demand for glass.

“Little by little, these glass companies started to disappear around the city of Pittsburgh,” Joseph Kozora said. And as the local customer base for repairs declined, Quantum shifted its focus by launching its own product line.

Since moving in that direction, the company has manufactured glassmaking essentials that have become known in the industry for their quality and durability.

“We started to get a reputation for the longest-lasting and best-performing products,” said Kozora. “Some of the stuff we built in ’84 has been rebuilt by us or our customers and is still in service.”

Quantum’s concentration is in machines that make glass containers, and the company has taken the lead in introducing new technology to existing machines to provide better efficiencies and effectiveness. 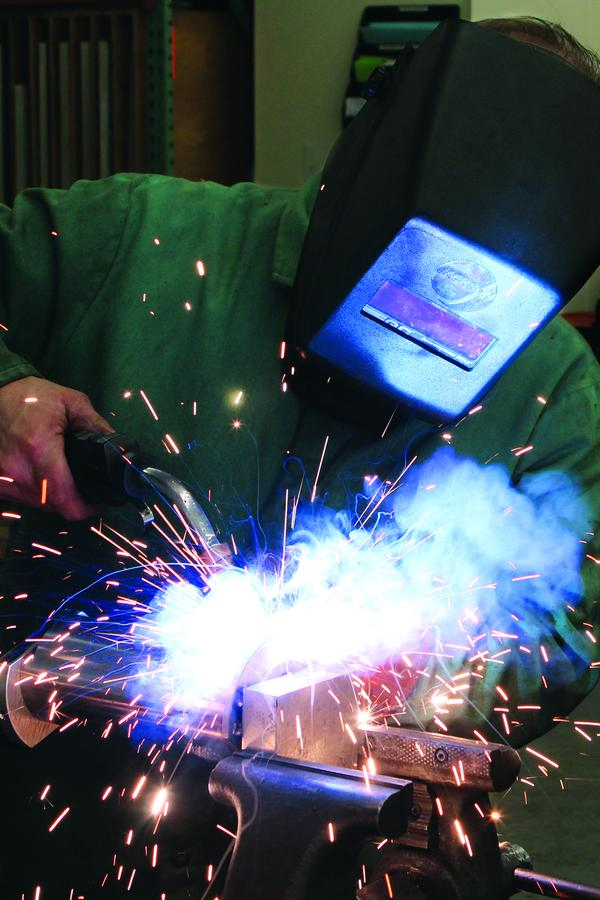 A signature product is its plunger mechanism for pressing gobs of molten glass into a mold. In 1990, the year the company moved to its current facility, it introduced the Tube Within a Tube, an innovative type of plunger mechanism that continues to be installed in machines throughout the world.

“Over 90 percent of our revenue comes from outside the Continental U.S.,” Kozora said, noting that few domestic glass manufacturers remain in business. Around Pittsburgh, EveryWare Global Inc.’s Anchor Hocking facility in Beaver County is the lone survivor, and its future is in doubt because of financial problems its parent company has encountered.

The glass manufacturing landscape means that Quantum’s leaders often are on the road or in the sky: Kozora used to travel 300,000 to 600,000 miles per year, something he said he doesn’t miss in retirement.

“Despite all the electronic communication, it still takes that face-to-face meeting to secure orders,” he said about Quantum’s sales approach.

A West Deer Township native, Kozora earned a scholarship to Stevens Institute of Technology in Hoboken, N.J. However, his education was cut short when he was drafted during the Vietnam War. In the Navy, Kozora was trained to repair and maintain observation equipment, skills he put to use when he founded Quantum.

Even though he’s officially retired, the elder Kozora traveled to Germany in October for Glasstec 2014, the biennial international trade fair for glass production, processing and products.

Quantum has been exhibiting at the event since 1988, and for the first time, Kozora went as “just as a visitor.”

What he took away from the fair was an admiration for the work done by the “young guys” who now are in charge of the company he founded and who continue exploring the potential for product improvement.

“Without Quantum’s advanced technology through our research and development, we would have been buried by the OEMs,” Kozora said about the original equipment manufacturers that make larger-scale glass-production systems into which Quantum’s products are integrated.

Training customers is another important consideration for the company.

“One of the main goals of the Quantum Forming System is to minimize the time a machine operator has to put his hands, arms and head inside a machine that is surrounded by falling gobs of molten glass,” explained Kozora. “However, all the design features that help us reach this goal would be worthless if proper training is not given.”

Kozora said he believes customers’ machine operators and maintenance departments must be comfortable and confident when using Quantum equipment.

“Giving someone the world’s best fishing rod will not yield a freezer full of fish, unless that person knows how to properly use that rod,” Kozora said. “This same philosophy can be used to explain why we take a proactive approach to properly train our customers in the proper use of their investment.”

WHAT IT DOES: Manufacturer of products for glass container forming systems