Sheppee International are proud to announce that we have been awarded with the Queens Award for Enterprise, 2013: For International Trade. 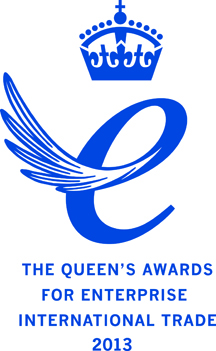 The Queens representative, The Lord Crathorne KCVO, Her Majesty’s Lord-Lieutenant of North Yorkshire, visited Sheppee International’s UK premise on 4th September 2013. After a tour of the offices and workshop where he saw the manufacture of Sheppee Stackers and Transfers he was taken into our training and testing centre where he saw the machinery at work. 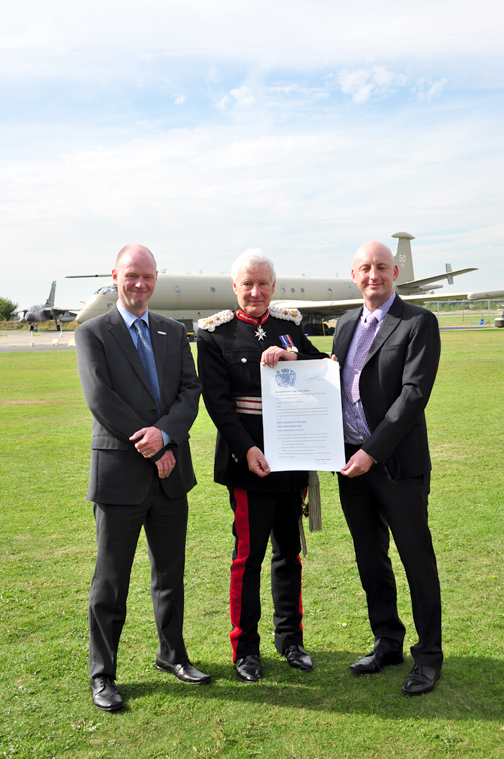 The presentation of the award took place at the Yorkshire Air Museum with all members of staff present. After the Citation was read out Lord Crathorne spoke of how interested he had been in what Sheppee produced and how amazed he was at how ‘international’ we were.

Sheppee would like to thanks all the customers and suppliers for their continued support which allowed us to win this award. 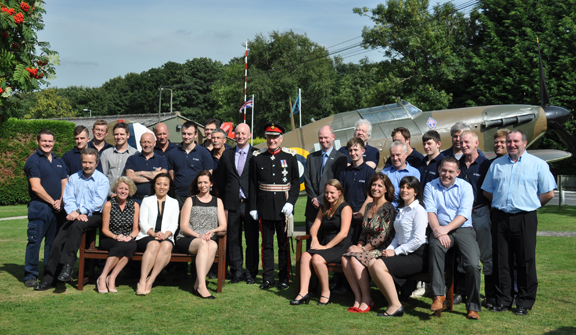